You might have seen our previous blog post about the 6.5 Creedmoor rifle we built for hunting in the US. In this post, you will learn how it went when Chris and I hunted for velvet Whitetail in Michigan!I met Chris Turek for the first time in November 2021 at a dinner party our US Distributor held in Wilmington, NC. I had only met him through social media earlier when I was he posted and tagged GRS with a beautiful buck he took with the FX Crown Arrow. You should follow UpNorthAirGunner on YouTube!
Below is the picture with Chris and his buck from 2021. 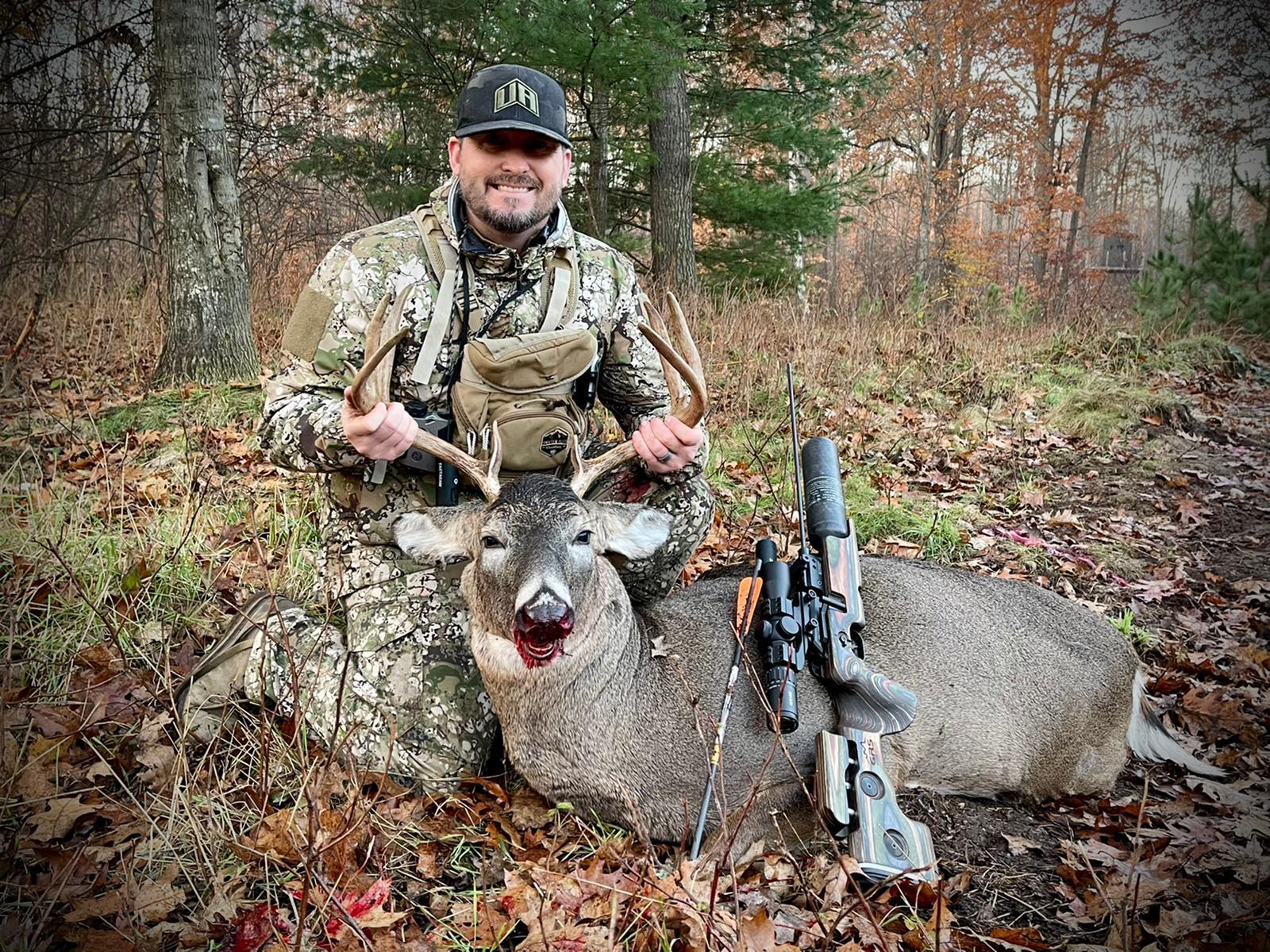 I was intrigued. In Norway, hunting with a bow is illegal. YES, ILLEGAL! I knew little about bow hunting and less about Airgun bow hunting. We spoke a lot about hunting during dinner and shared hunting experiences as one does with fellow hunters. I knew Chris, and I would draw blood together at one point. In August 2022, this was a reality at Ultimate Whitetails in Michigan.

I never really thought about hunting Whitetail in velvet before Chris Whatsapped me and said there was an opening to hunt one. I have hunted Whitetail before, but then always in Wisconsin during the November opener, which is a completely different hunt with the bucks swollen, and chasing doe's around like cats after mice. Now, we were after calm bucks in the warmth of August weather.

The GRS Bifrost stock was a perfect fit as always and with the GRS bipod and GRS Bag rider combo. Zeroing the rifle was a breeze. In fact, I drove the tac in holding the paper plate on the second shot, to the farm owner's surprise.

- How did you do that? To which I replied: Yep, Tac driver rifle :) 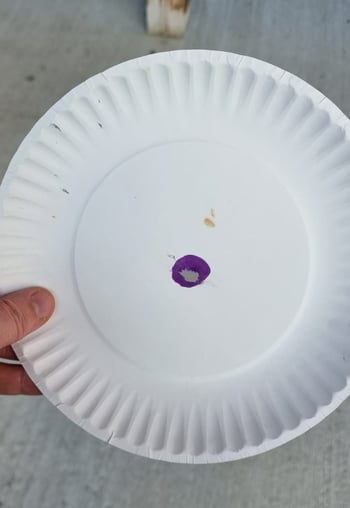 A new style of hunting.

Chris hunted in a way I had not seen before, with something similar to a climbing harness in the trees. You will see much more about this concept on his YouTube Channel. Chris took a beautiful buck on the first day, nailing it with the Crown Arrow and a single bevel broadhead. It worked as a charm. You can see the full hunt on the Youtube video further down the blog post.
His hunt will also be aired on AirgunTV later in 2023. 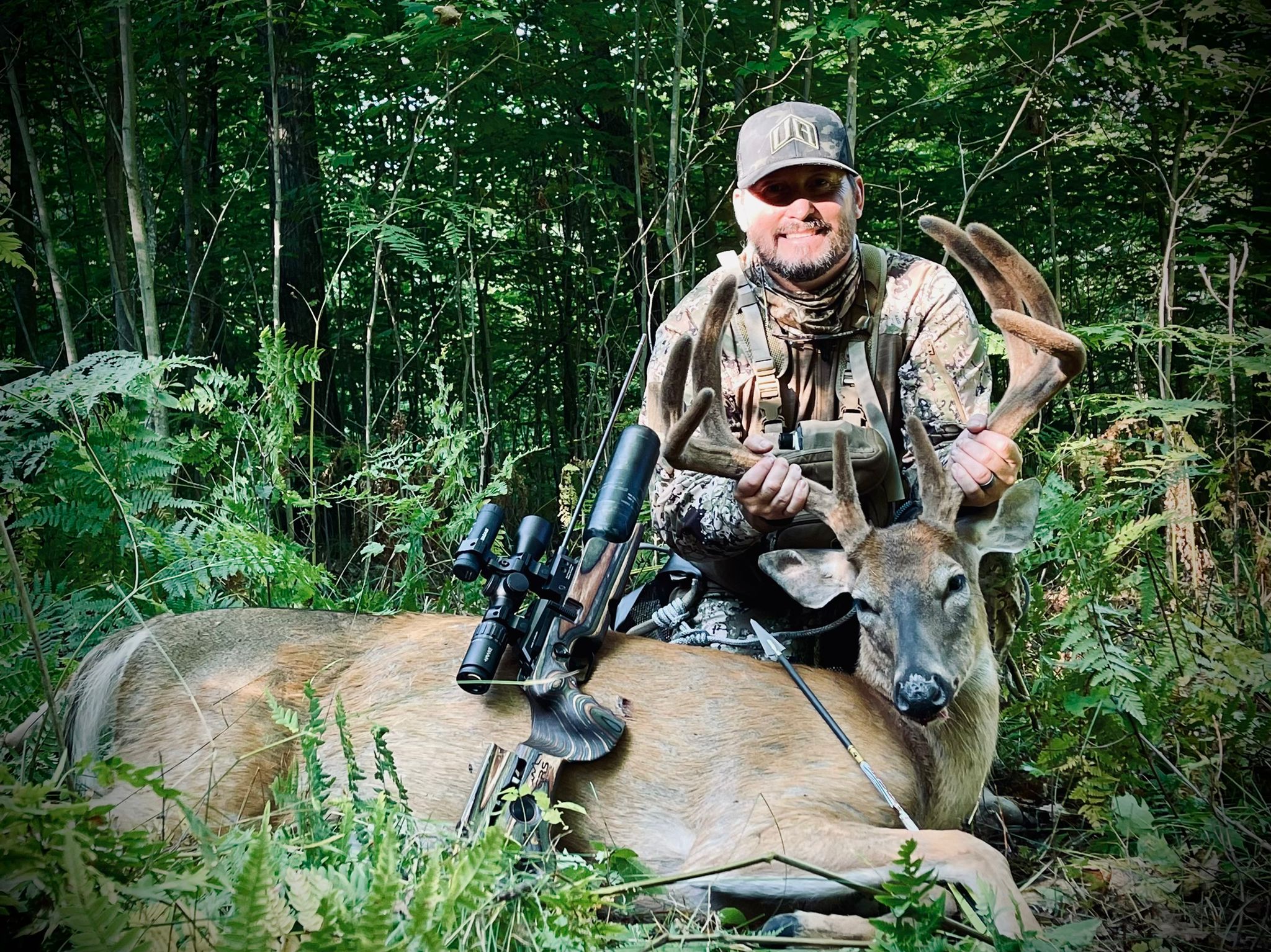 Chris Turek with his Beautiful buck that he shot at 23 yards with the FX Crown Arrow GRS.

I saw a lot of huge antlered deer on my first day in Michigan. Most of them were way out of my pocket, scoring way over 220-inches. What we were looking for was a 150-inch deer at most. I am a traditional hunter, and I like symmetric antlers. I am not one for huge drop-offs and points all over. I can certainly understand why hunters are fascinated and love these massive trophies. It is just not for me.

On the first day, we went out at 06:15 in the morning. The deer was already in the field, and we had to sneak into position. We spent 4 hours in the ground blind, but the deer we were looking for never showed up. The same thing happened in the afternoon hunt, and we called it a night around 1900 hours.

On the second day, I told Brett, my guide, and Chris that I wanted to spot and stalk. I wanted to challenge myself and cover more of the ground (wind allowing)

We walked in towards the field, and we saw the deer there. We took our time and stalked for a good 45 to 50 minutes. The whole hunting sequence was filmed, and you can see it in the video below. This also covers Chris and his hunt. 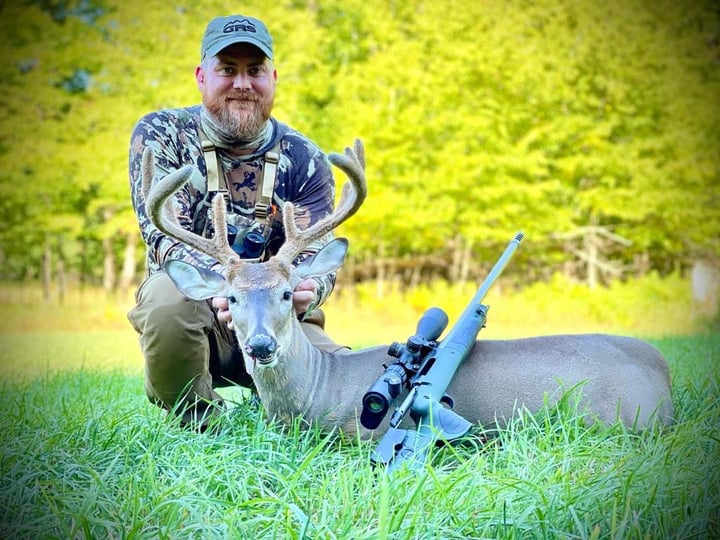 I felt so privileged to take this Whitetail. I shot this magnificent buck at 162-yards, dropping him instantly. On this hunt, I prepared to shoot out to a maximum of 350 yards. Again, I felt confident shooting out to these ranges with the equipment and training I have put into this rifle system.

Thank you so much.

I wanted to reach out and thank Ultimate Whitetail and Chris Turek for inviting me on this hunt. It was fantastic. We donated most of the meat from our hunts to needing families in Michigan, Kyle from Ultimate Whitetails sorted this out for us, and I am glad we could help those less fortunate than us.

The hunt was a massive success, and we accomplished our objective.

Next up in our hunting adventures is a Pronghorn hunt in Colorado with our good friend Freddy Harteis. On this hunt, I will switch my rifle with a Savage 110 Tactical, 6.5 PRC, and our new GRS Fenris stock.