This must be the most effective Hog Hunt I have ever attended. Precision equipment, adjusted tactics, and skilled shooters. We learned a lot from our hunt in March, and we put it all to the test during this hunt in October 2022.In March, where we successfully shot eight pigs in two nights at distances from 330 to 360 Yards. This time I used a specialized setup with one single mission. Take out all the hogs I can out to 600 yards at night. Spoiler, mission accomplished :) See the epic video below from the hunt!

What did I learn from last time?

The equipment changes I wanted to implement for this hunt.

The tactics were much the same as the last time we hunted in Georgia. Driving around to the last known location, farmers had seen them or their damage from the night before. Spot them with thermals, then walk and stalk. This time though, I would not emphasize getting too close; rather than snipe them at a distance, leave them and then come back later to see if the others in the cohort are back for more. Picture below, Chris Turek, the UpNorth Airgunner, myself, and Eric from Iraqveteran 8888. 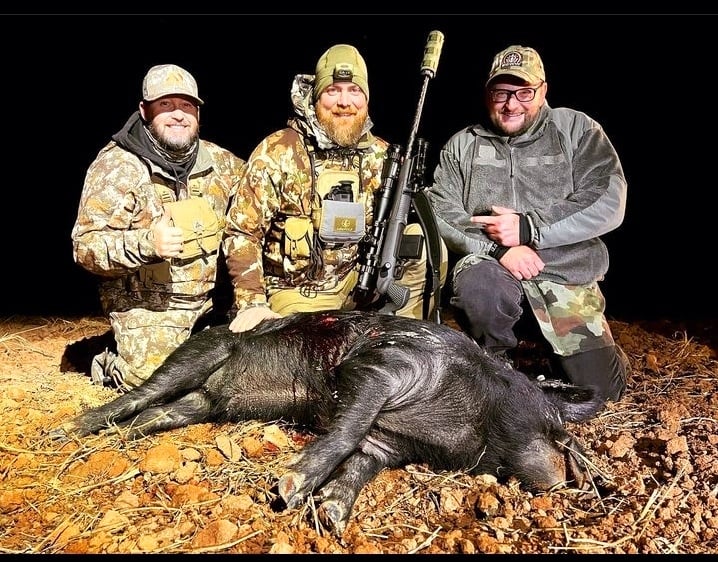 Did it go as planned?

The tactics worked as planned, it was a very successful hunt, and I achieved my goal. The furthest shot I made was 622 Yards (pictured above)

When I build up the shooting position, I used two tripods. The Deathgrip tripod is in the front, and a second Manfrotto tripod is at the rear of the stock with a rear bag. This setup is very stable and a tactic we used when I was in the sniper teams when shooting from buildings especially. 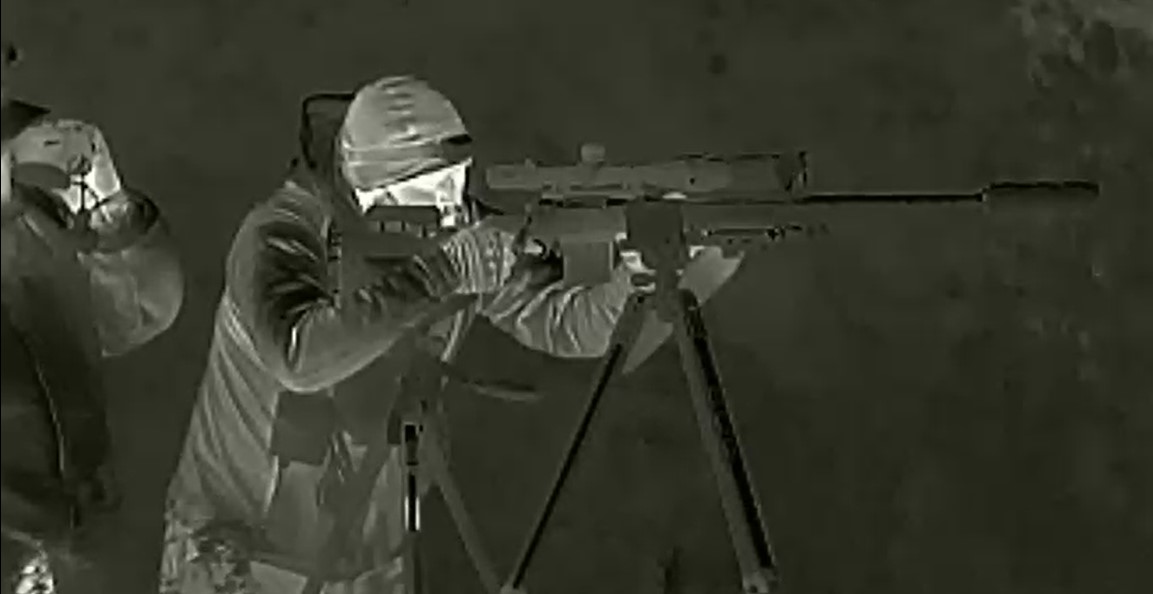 I squeezed off the round, and 1.4 seconds later, we heard the thump. The Hog was clearly hit, and it ran 10 yards, fell over, and did not move.

The 6.5prc entered perfectly on the shoulder and penetrated all the way through the pig. I can not believe the power of this round. The blood you see in the picture below is the exit wound. Not a big target at 622 yards at night.

I love the setup and would not change anything about it. The video from this hunt will be shown on youtube channels from IV8888 and Upnorth Airgunner shortly.

I can not thank them enough for making this trip so epic. Make sure to follow them and us on Social media!